I learned that yesterday was Siblings Day and that made me think of Robert. Robert was my younger brother, third child and second boy among four siblings. We grew up in suburban New Jersey, in the orbit of New York City, in the 1960s. When we were kids we played board games together, drank too much soda, and stayed up way too late in the Summer watching old movies on a black and white TV.

All four of us kids were smart in school, but Robert was scary intelligent. He was top of his class for four years in High School, then went on to Notre Dame University. Later he got a Masters in English from Columbia.

During and after college, he spent a lot of time in Europe, especially Germany. A High School friend of mine, who was in the military, ran into Robert in a Beer Garden in Bavaria. What are the odds? Years later, Robert visited me in Atlanta and gave me a fragment of painted concrete that he said “might have been” part of the Berlin Wall. I still have it.

Robert settled in New York City, and while attending Columbia got an internship at the Village Voice. He started writing theater reviews and before long the Voice was running them. Later, he founded a newsletter on the AIDS epidemic, and in 1989 was named the Voice’s editor in charge of AIDS coverage. 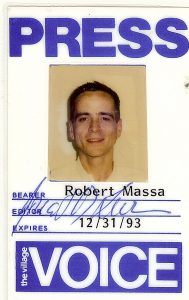 I knew Robert was HIV positive, and in the autumn of 1993, he called me long distance and told me he had contracted a related condition that proved terminal “in most cases.” I asked if there was anything I could do, and he asked me to be an executor of his will, to make sure his partner was able to keep their apartment. I flew up to New York to visit him and deal with the legal stuff.

The day I was to leave, we talked about his condition and the chances of survival. He said, “You know, I might get better. But think of how embarrassing it will be after causing all this excitement.”

On my way out the door I hugged him and said, “Get better. Risk the embarrassment.”

Five months later he died, at the age of 37.

I know he was only one of many, many wonderful people who died too early because of AIDs. He documented the epidemic in his writings and helped shape public awareness and policy. The saddest part for me is how his life was cut off, unfinished, and thinking about what other contributions he might have made. 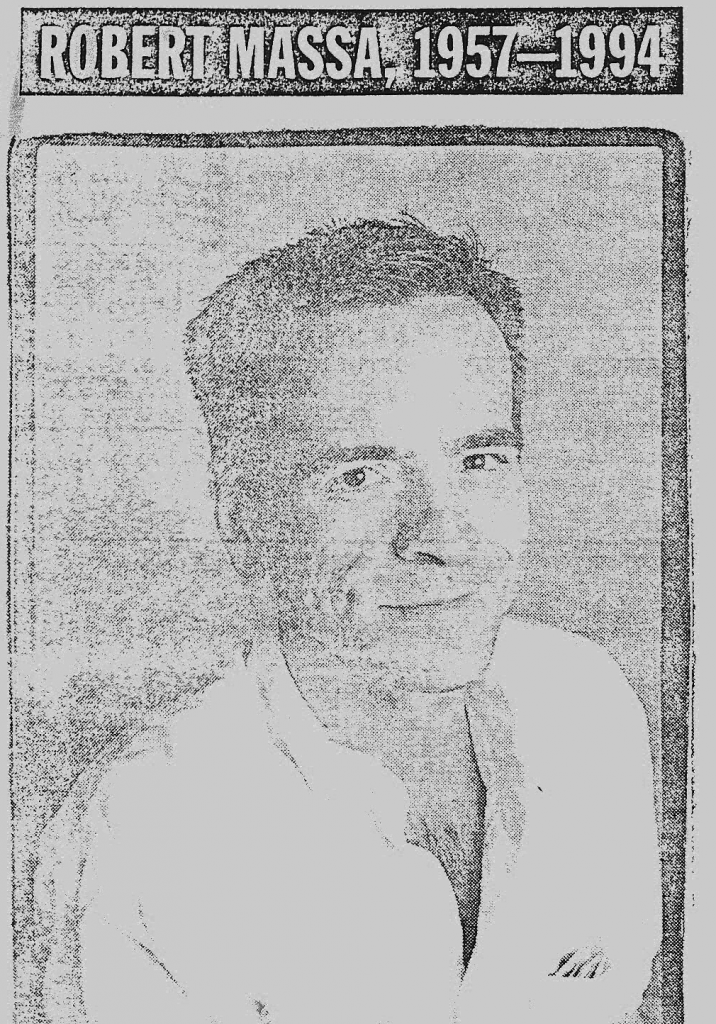 3 thoughts on “Remembering My Brother Robert”