I am happy to announce that Ghosts of Bliss Bayou is being produced as an audiobook! 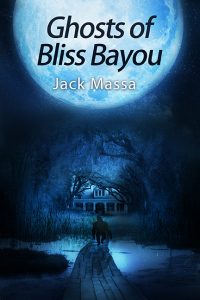 For indie authors, audiobooks represent another avenue for distributing your titles and gaining a wider audience. The ACX Platform makes it about as easy and inexpensive as can be. Using ACX, you can partner with professional voice actors to produce your work and distribute it via Amazon, Audible, and other marketplaces.

This is how the process works for an indie author.

For more details on these steps, consult the ACX web site.

Our characters find their voices

As of today, I have selected a very talented actor and provided her with the complete script of Ghosts of Bliss Bayou. I marked off several sections in the text to serve as the 15-minute checkpoint.

I also provided these coaching tips on reading the dialog for the different characters.

Now I am waiting for my producer to starting sending the audio files for review. I hope to have the production released by September, around the same time as the publication of the next Abby Renshaw adventure, Ghosts of Lock Tower.

Meantime, you can check out the award winning Ghosts of Bliss Bayou e-book version, currently on sale for just 99¢.