Founded in 1565 by a Spanish conquistador, St. Augustine is “the oldest continuously occupied settlement of European origin in the contiguous United States.”  Located on the Atlantic, near the Northeast corner of the State, it is a wonderful place to visit.

What makes St. Augustine fascinating to me is the multiple layers of history. After 200 years of Spanish rule, the town was ceded to the British in 1763, and became a haven for loyalists to the British Crown during the American Revolution. In 1783, ownership passed back to Spain, but only until 1821, when Florida was acquired as a territory by the United States. In the 19th century, residents of the town survived the Seminole Wars and then the US Civil War.

Flagler College and the Lightner Museum

Starting in the 1880s, St. Augustine became a winter haven for wealthy northerners as the Florida East Coast Railway, built by industrialist Henry Flagler, opened the state to tourism. Flagler’s Ponce De Leion Hotel (now Flagler College) is one of several grand buildings from the Gilded Age that you can still visit.

Except where noted, all photos by the author.

Across the street from Flagler College is another hotel of the era, also built by Flagler and now housing the Lightner Museum of Art.

The interor courtyard of the Lightner is especially lovely, with its papyrus pond, arcades and gold fish. 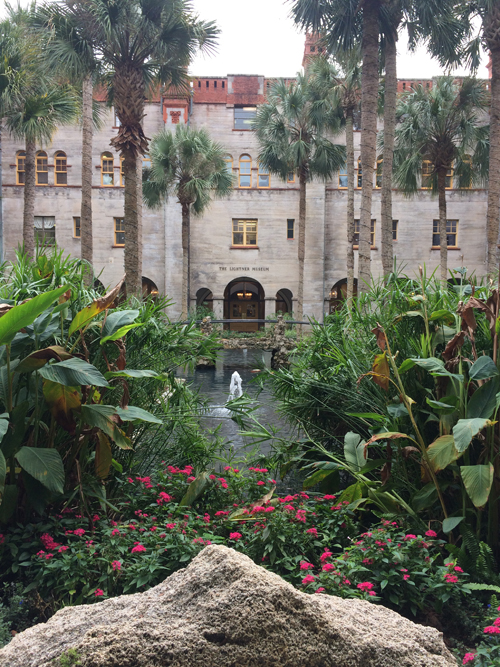 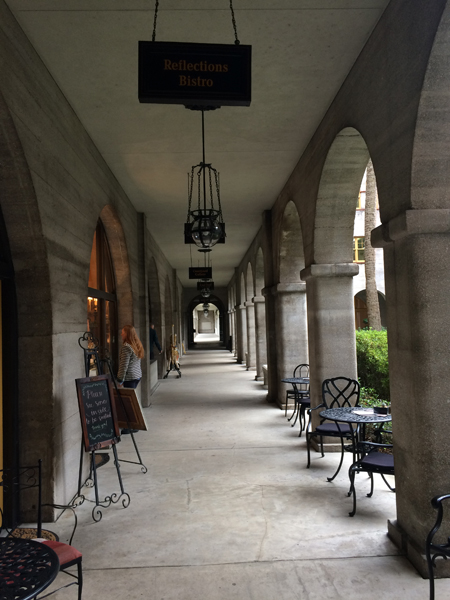 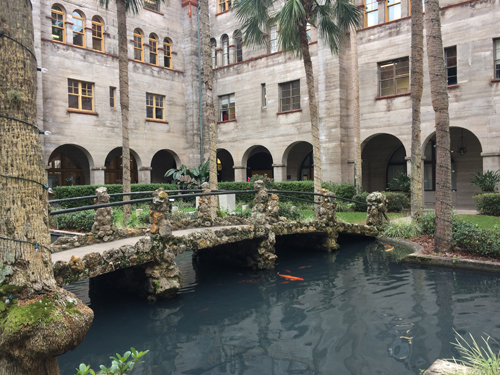 At the back end of the museum is the reportedly oldest indoor swimming pool in the United States. Now, as you can see, it is a dining room. 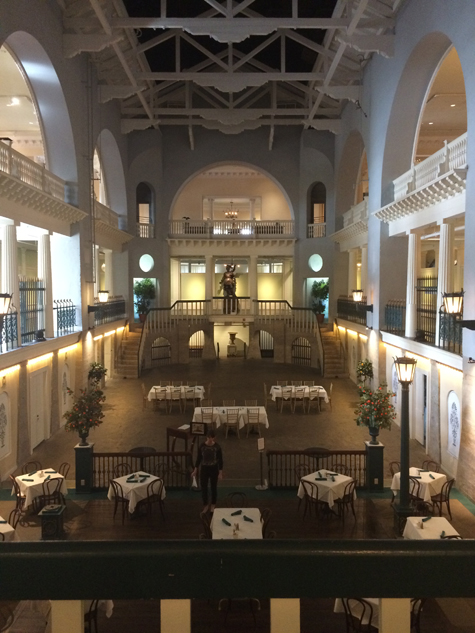 On my visit, I asked an employee “Where’s the water?” She replied: “Wait for the next hurricane.”

The Bridge of Lions and Historic District

Down the street from these fabulous buildings is the Bridge of Lions, which crosses the bay to nearby Anastasia Island. On the docks by the bridge, you can dine at restaurants or take a harbor cruise (in which case you might see dolphins).

North of the bridge is the historic Spanish fort, the Castillo de San Marcos.

Across from the fort is part of the historic district dating back to the 1500s. There are narrow brick streets and numerous shops, houses, and courtyards. 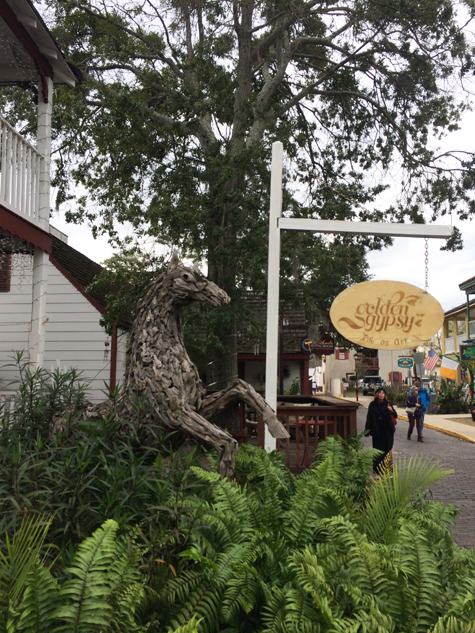 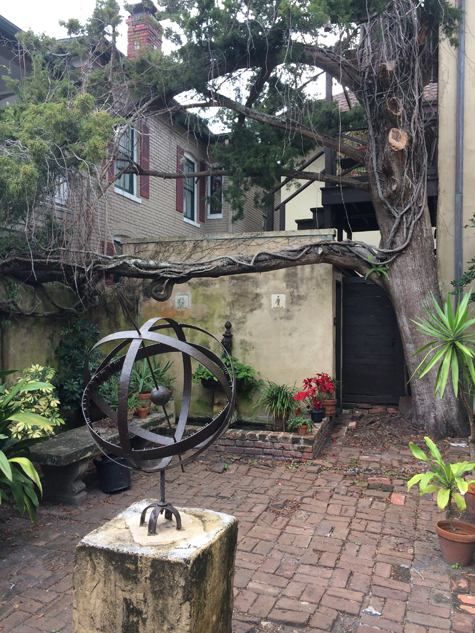 Bordering the historic district on the North is the site of the original defensive gates. The history of the gates’ preservation and renovations makes an intriguing and amusing story, which we will save for a future post. 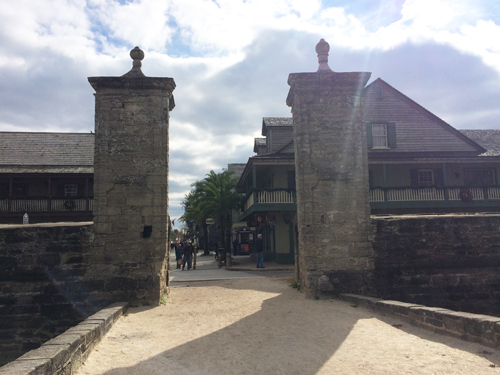 The South side of the historic district is also worth a walking tour, featuring buildings from Victorian times including some that are now inns and B&Bs. 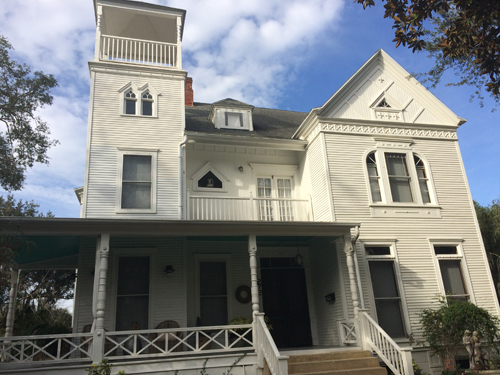 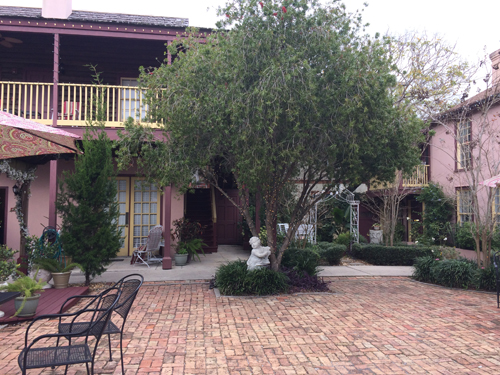 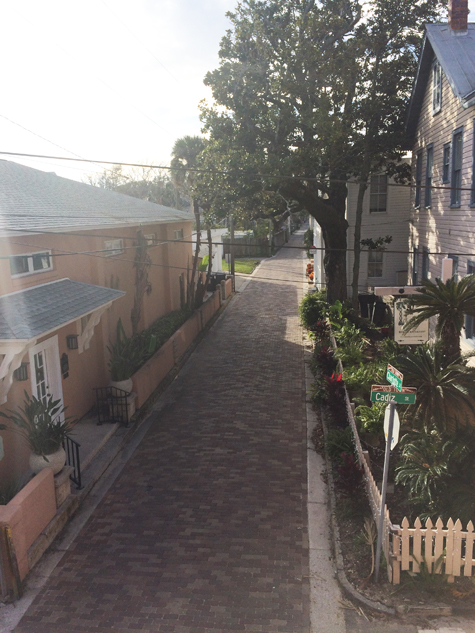 At the southwest edge of the historic district is this lovely inlet: 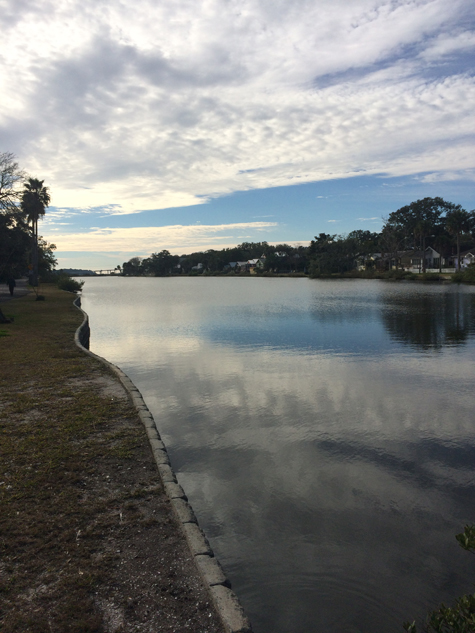 Anastasia Island and the Lighthouse

Finally, if you venture across the Bridge of Lions to the island, you can visit the St. Augustine Lighthouse. 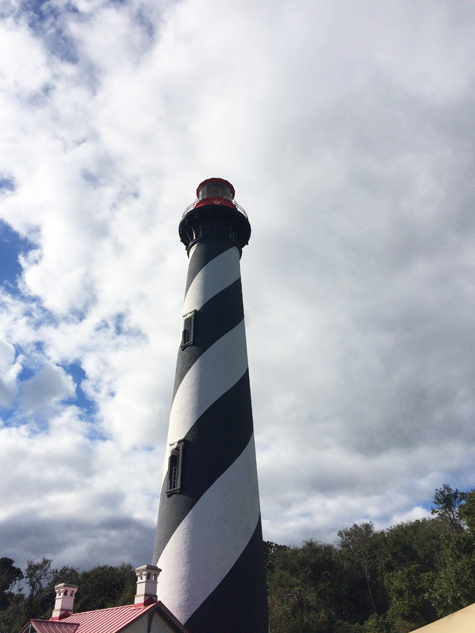 And if you’re fit enough to climb the spiral stairs to the top, you can enjoy quite a view: 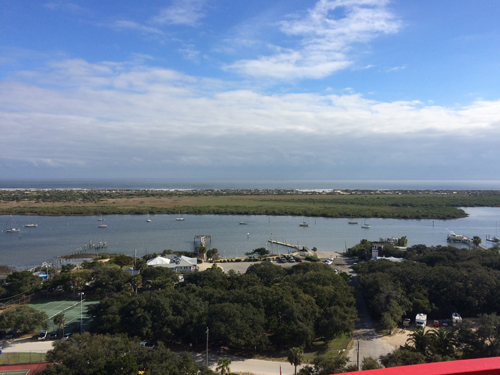 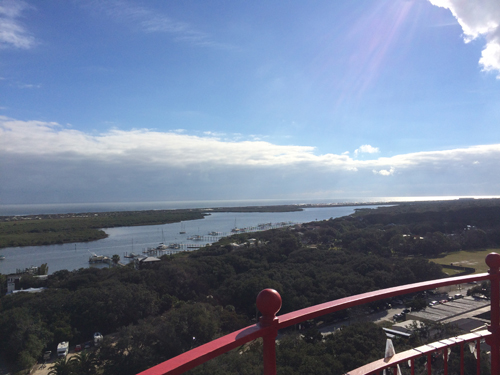 Till next month, friends, stay safe in there.