Like many fiction writers, I dabble in poetry from time to time. I’m not afraid to send my poems out. Still, when one gets accepted, I am always a little surprised.

So I was more than a little surprised when not one, but three of my poems were recently published in Eccentric Orbits, Volume 2, An Anthology of Speculative Poetry. I did think those poems were pretty good, but since the anthology was described as for science fiction poetry, and these three all have mythic or metaphysical themes, I was delighted when the editor, Wendy Van Camp notified me that all three would be included. 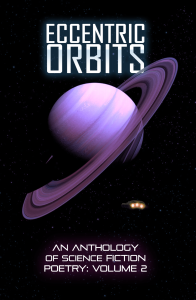 If you’d like to check out my three poems, along with works by 18 other poets from around the world, Eccentric Orbits 2 is available in print and ebook here.

Last month, after reading a book about quantum physics, I wrote a short poem based on an idea that popped into my head (like the collapse of a wave form, if you get my meaning).

Next thing I knew this poem had been accepted by The Lyric, “the Oldest Magazine in North America Dedicated to Traditional Poetry.” I had published a poem in The Lyric way back in 2008, but I was quite surprised they wanted this one. Especially because, unlike the three in Eccentric Orbits, this is rather a “science fiction” poem. It is called “Quantum Dream” and will be published in the Spring Issue. What a thrill. 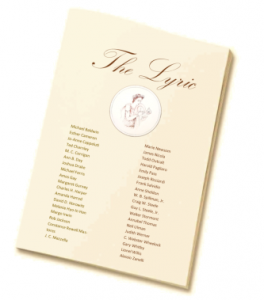 You can check out The Lyric here.

A Poem for May

But enough about me. Happy May to all of you!

In keeping with the poetry spirit, here is one about Beltane, the traditional day of celebration at the First of May, written by a very wonderful author named Kathryn Hinds.

The birth night of the radiant brow,
of the golden-haired boy and
the miraculous colt, the gestation
of the cut grain complete—now is time
to light the hilltop fires that call
the sun to bless the blossoming land,
the fires that call back the lost
and wandering hearts, the fires
that halo lovers’ holy bowers.
We have such faith in the fire
of love to catch and spread and blaze
beauty around our Earth.

When morning comes,
dew-washed and garlanded, we feel
in our bones the fire-heated, sun-heated
seed crowning out of the soil
and we breathe and we cry out
“Unite!” for the newborn of the Mother
sustains us, as she does, as we—
in our love, in our dance—nurture
Earth and seed: the great returning.
We ribbon the Maypole to turn
the Wheel and ourselves become
the Earth-rooted, sky-rooted,
fire-reaching, sun-reaching, uniting Tree.
We have such faith in our love. 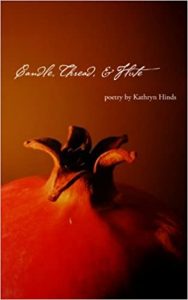 You can find Candle, Thread, & Flute, along with Kathryn’s other books, on Amazon.

And if that doesn’t get you ready for May, I don’t know what will.