Historical Fantasy set in the
Age of the Seven Wonders of the Ancient World.

Meet Korax of Rhodes, a young Greek with a talent for magic—and trouble. Follow his strange and winding tale: from his reckless conjuring of a god to imprisonment in a slave yard in Egypt; from a magical temple on the Nile to the royal court of the greatest city of the ancient world; from the capital of Rhodes, site of the legendary Colossus, to the pirate-infested waters of the Aegean Sea. Along the way, Korax meets priests and courtesans, poets and spies, sorcerers, monarchs, and gods. He finds love and betrayal, agony and power, and finally a call to sail on a life-or-death voyage to protect the freedom of his city. 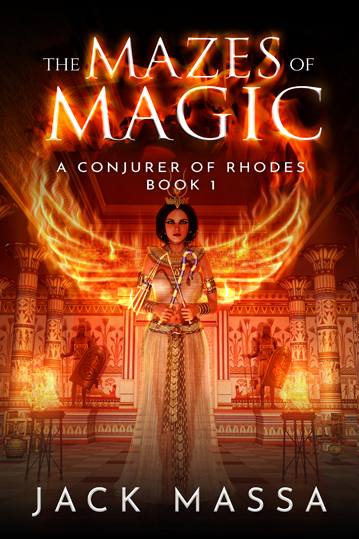 Book 1: The Mazes of Magic

The Gods of Egypt are mighty. But to act in this world they need mortal vessels.

Trapped in a slave yard in Egypt, tormented by spells of madness, a young Greek named Korax struggles to regain his memory. Purchased by the High Priest Harnouphis, he is given an Egyptian name, transported to a temple on the Nile, put into service as a translator.

But Harnouphis also has another plan: to tap the young Greek’s extraordinary talent as a seer to advance his own dark ambitions.

As his wits return, Korax forges a plan of his own: to learn enough of the mystic arts to escape Egypt and return to his home island of Rhodes.

But before he can act, he must perform a service for the Goddess Isis. Korax may be gifted, but can he summon the power to overcome both his master and his master’s god? 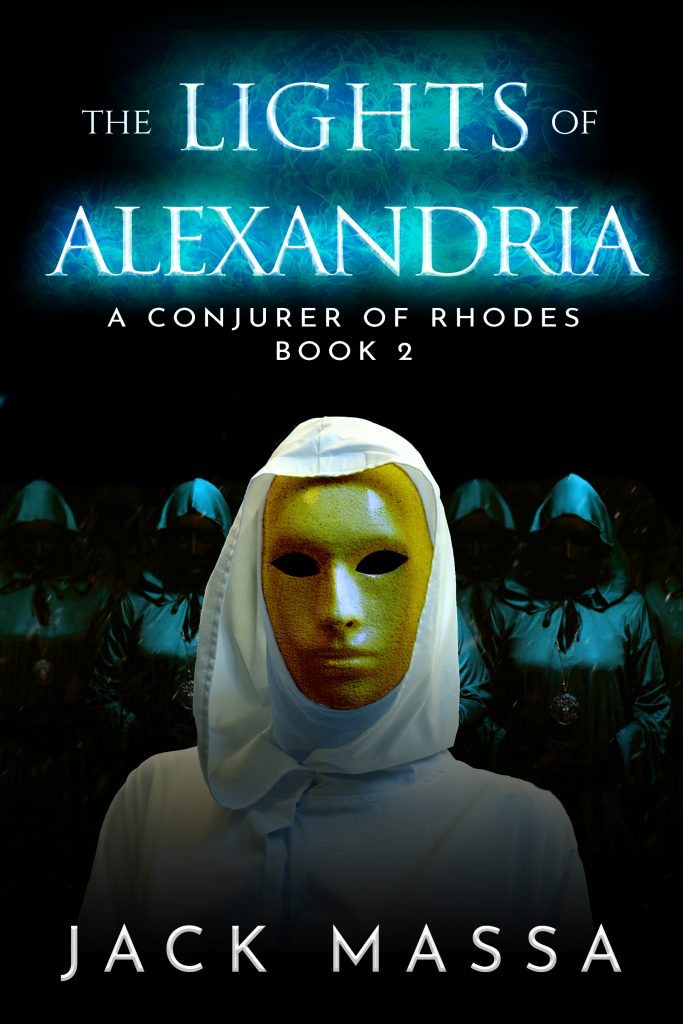 Book 2: The Lights of Alexandria

Magic, intrigue, love, and betrayal in the greatest city of the ancient world.

Korax has come to Alexandria in the guise of a Greek student. With the aim of mastering his gifts, he joins a society of scholars and magicians from many lands. He falls in love with Kalyssa, priestess and wife of an ambassador to the royal court.

Inspired by his love, Korax attempts a series of dangerous rituals to raise the power of the Sun God. But Kalyssa’s first loyalty is to her city, and Korax finds himself embroiled in a plot to topple the Greek king of Egypt.

Can Korax right the course of events—or will the beautiful city be ravaged by war? 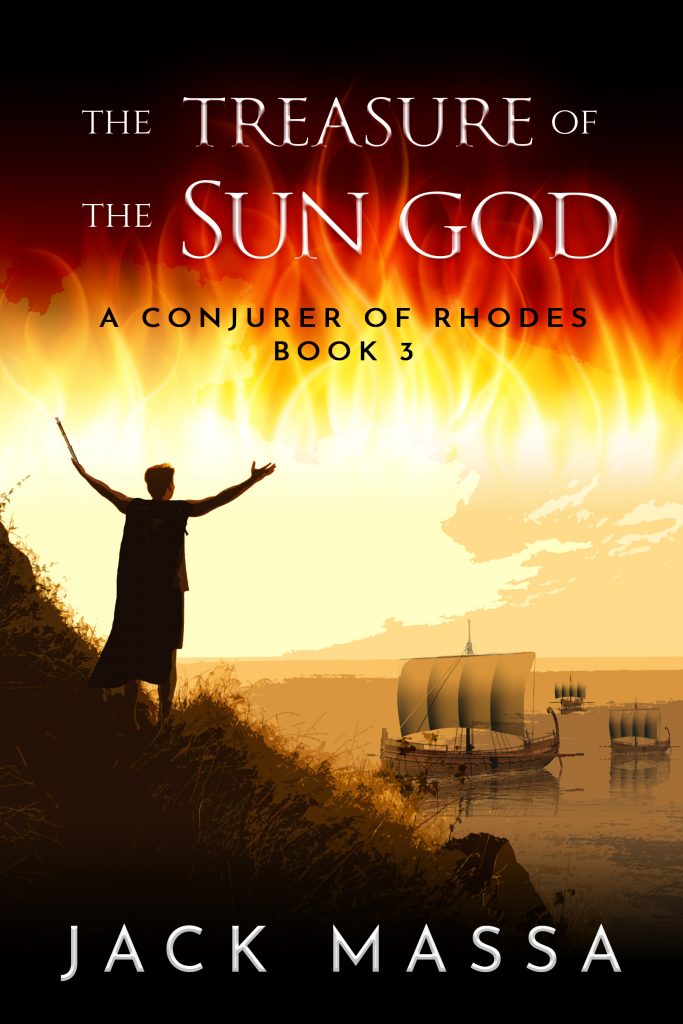 Book 3: The Treasure of the Sun God

When gods contest in strife, mortals may be caught in the chaos.

Korax the magician has returned to his home island of Rhodes. He wishes only a peaceful life, in service to his family and city.

But times in Rhodes are hard. Bad weather and pirates have combined to ravage the shipping trade. Guided by the Goddess Athene, Korax uses his arts to protect the family’s vessels. But this draws the enmity of the sea god Poseidon.

Korax also finds enemies closer to home. His cousin, Amynias, and the other young men who betrayed Korax into slavery see his return as a threat. To remove the threat, the cunning and treacherous Amynias will stop at nothing.

From the glorious capital of Rhodes to the pirate-infested coasts of Crete, Korax’s follows his strange and winding fate. Will it lead him to failure and death, or the perfect culmination of his art?