Free Sample: For a free short story, sign up for our Triskelist Newsletter here.

Jack Massa has studied writing and other forms of magic for many years. He has published fantasy, science fiction, poetry, and a lot of technical nonfiction.

Jack lives in Florida, USA, with his magical wife and a pet orange tree named Grover.

Author Q&A by The Fussy Librarian
Interview by the INCspotlight

Jack Massa was born in Bayonne, New Jersey and grew up with Zorro, Davy Crockett, and Robin Hood. At age four he sometimes dressed up as Zorro and hid behind the bushes till the older kids came home from school, then swooped down on them waving a plastic sword. “Look out,” they cried. “It’s Zorro!”

At age five, Jack had to go into the hospital for two weeks. He was okay with that until a nurse took away his Superman comics.

At age 12, Jack and his two best friends drew lots to decide which Marvel superhero they would be. Jack won and became Spiderman. His friends, Thor and the Hulk, were jealous.

At age 18, Jack matriculated at New College, an experimental liberal arts school in Sarasota, Florida. While there he co-directed a student film version of The Three Musketeers, composed the lyrics for a rock opera on the life of Buddha, and wrote two fantasy novels. After graduating he went to the University of Massachusetts at Amherst and earned an MFA in creative writing. His thesis was a science fantasy novel, Mooncrow, which was published by Berkley Books in 1979.

Jack spent the next 30 years in Atlanta, Georgia, learning and practicing the magical skills of the digital age. Bits of his fiction and poetry also surfaced from time to time. His science fiction story, “PrayerWare,” was published in the first Bantam Books Full Spectrum Anthology in 1988, and was later selected for a British Best-of-the-Year collection.

In 2013, Jack returned to Florida, where he lives with his magical wife and a pet orange tree named Grover. He continues to practice technical prestidigitation while also focusing on writing stories. He still likes Zorro. 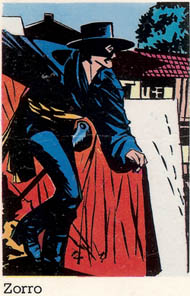